I try not to run two days in a row, but lately my weeks have been incredibly busy, which means that occasionally the only open times I have for running are on back to back days. The first time this happened, I ran several days in a row and each day progressively sucked a bit more. This next time when it happened, I decided to be a little smarter and do a power walk instead.

I had to drop off some things at a nearby college campus for my freelance work, and while I was there, I decided to walk the campus. It’s a gorgeous place – the college buildings are in a lovely wooded park setting. There are both paved and unpaved walking trails throughout it. A fair number of people from the neighborhood go there to walk.

I don’t know my way around the campus at all, but it isn’t terribly big, so I just took off walking, just picking routes at random. My only goal was to walk as fast as a could, with occasional short burst of running when I felt like it. I was on an unpaved trail and came up upon a steep hill where the path was covered in gravel. I took one look at it – and decided to run up it! I got to the top feeling pretty good. As I followed the trail around, the path became paved, and then I found the downhill segment. It was even steeper – so steep I wondered how students made it up in the winter. I ran down it, feeling like I was flying!

The trail then wound around, and after a moment, I found myself back at the gravel hill. Then do you know what I did?

I turned around, went back the way I came – just so that I could run up that super steep paved hill and then down the gravel one! Half way up the hill I thought, “When did I become this girl?”

I have always been someone who hated the idea of sports, gym, exercise… all that stuff. (You can read all about why here.) More than once I swore that the only way I would ever run is if someone was chasing me… and even then, they had better be darn serious about it. Now, here I am, not only choosing to run, but deliberately choosing to run up hills! It wasn’t even part of my training program. I just did it… you know, for fun.

There have been several of those, “Wait, did I just do that?” moments lately. Here’s another example: for many years I have refused to wear shorts, or even short skirts actually. It isn’t because I hated my legs; even at my heaviest, I had nice, slim legs. And that was the problem – whenever I wore something that showed off my legs even a little I got compliments on them, usually that went something like, “Wow! You have such skinny little legs!” I had a pretty classic “apple” body type, and I was very aware of how they looked compared to the rest of me. More than once I have said that I looked like an egg on toothpicks – with laughter – but still.

That isn’t true anymore. And last week? I bought running shorts. I didn’t even think about it really. I just did it. I also recently bought jean shorts, a short jean skirt, capris and some cropped pants for walking. None of these things have ever before been in my wardrobe. Don’t get me wrong, I haven’t been pining for them or anything – I can rock a long skirt like no ones’ business – in fact, I always said I hated these kinds of clothes. And I meant it.

It’s had to do with the weight loss and the running combined. Not only do I feel better and have more energy, I am far more ready to try running up a hill, or clothes I wouldn’t have wore, or anything really. I am a lot more open and I have a lot more confidence that I can do whatever I want to do. 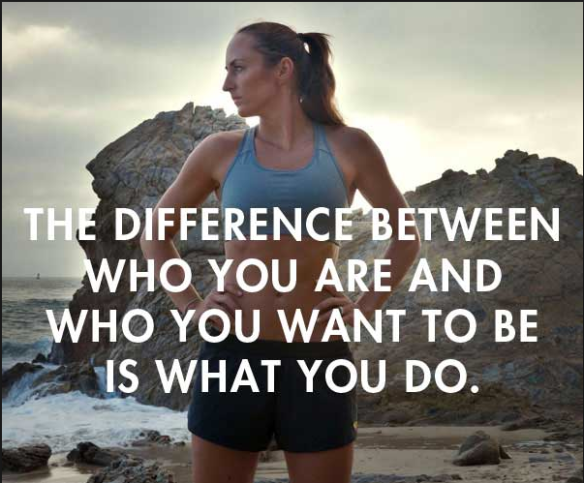 3 thoughts on “When Did I Become This Girl?”